What is the oldest law in the world? 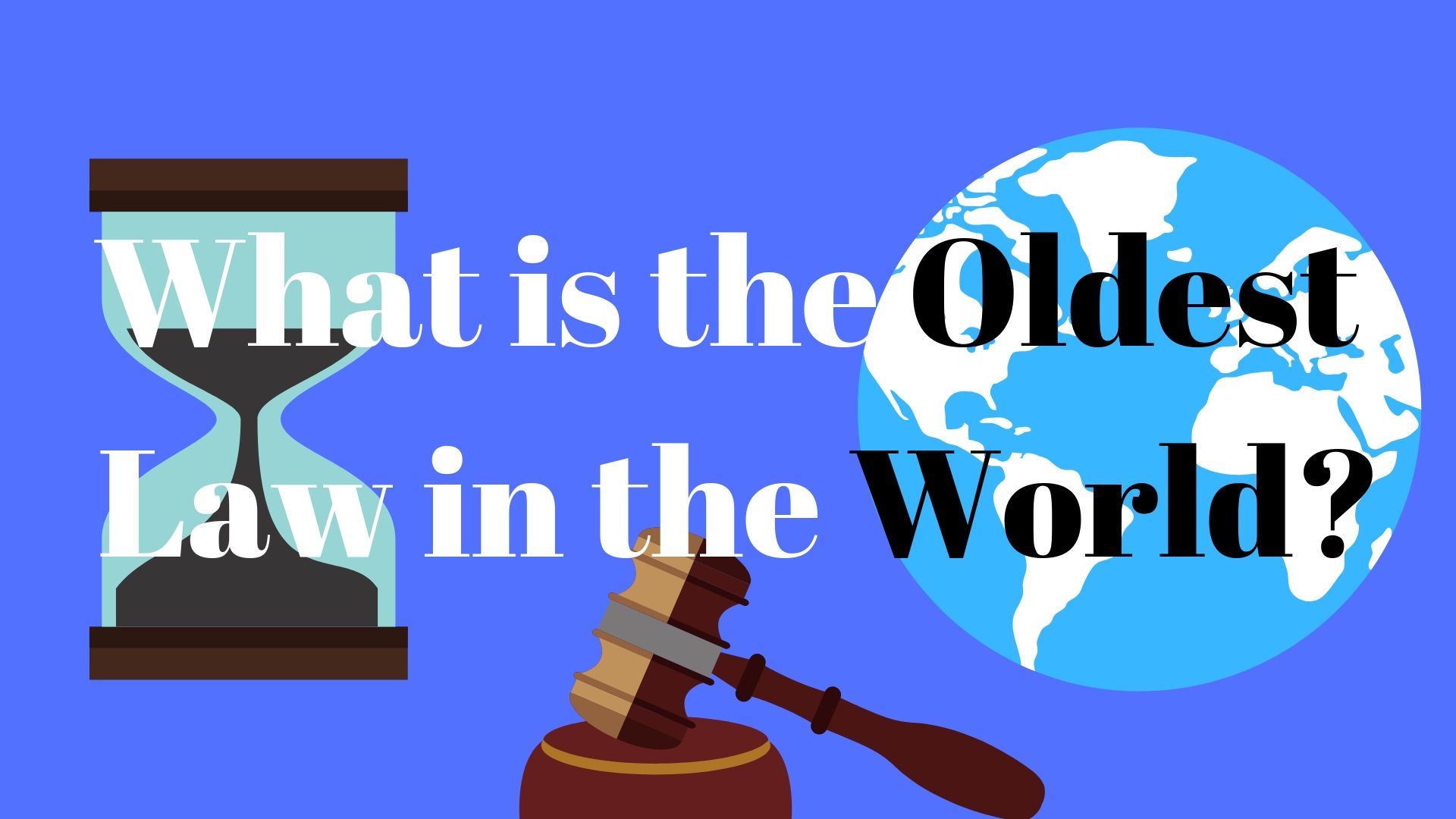 Here’s the deal, there are several laws which might be considered as the worlds oldest.

Then of course, there are the first spoken laws.

Look, for the sake of being thorough, we are going to take a look at all three.

The First Existing Law, The First Written Law, and The First Spoken Law.

Natural laws are those unchanging observable principles of life itself.

Natural laws have been in existence since the beginning of life itself, albeit, in an unwritten form. Surely these laws predate all forms of written law.

According to The Internet Encyclopedia of Philosophy:

The term “natural law” is ambiguous. It refers to a type of moral theory, as well as to a type of legal theory, but the core claims of the two kinds of theory are logically independent. –Source

An even more thorough definition of “Natural Law” can be found at: All About Philosophy.

John Sproule provides us this insight into natural law from his Quora response to the question: “What is the oldest law in the world?”

As funny as John’s description of the oldest law is, it provides an excellent example of natural law.

Here are a few more examples of natural laws:

Now, what is the oldest written law? What is the first set of laws made and written by man?

It’s true, laws have developed and changed significantly over the years. Now we have laws that govern everything from insurance claims for damaged cars, to laws governing the height of grass in a lawn.

But the first laws were much more simple…

Now, when most people talk about the first set of laws, they often point to the Hammurabi Babylon Codes, as this is what most of us were taught in school.

This is crazy, but the lesser known Code of Ur-Nammu (c. 2100–2050 BCE) predates Hammurabi’s Code (1754 BCE). From Mesopotamia, Ur-Nammu’s codes were written in Sumerian and are the oldest known written laws.

This code of laws was very similar to Hammurabi’s, and be warned, they were brutal. Here are a few of them:

There are 32 codes in total of the Code of Ur-Nammu.

Arguably, the first spoken law, was the law God spoke to Adam and Eve in the Garden of Eden. A simple law given in Genesis 2:16 16-17 that most of us are familiar with:

16 The LORD God commanded the man, saying, “From any tree of the garden you may eat freely; 17 but from the tree of the knowledge of good and evil you shall not eat, for in the day that you eat from it you will surely die.”

And, as we all know, that law was quickly broken. Of course, there are many more laws in the Bible as well which may be among the oldest. But the oldest of the old is certainly the law in Genesis.

So, what is the Oldest Law in the World?

As you can see from the above information, it really depends on what you mean by law. Natural laws have existed ever since life began. Yet, it took much longer to find their way to the minds of men, and then to paper.

The most obvious answer for the worlds oldest law is: the Ur-Nammu Codes. Which, although they were very similar to the Hammurabi Codes, predated them by hundreds of years

Finally, the first law in the world may also be: the law spoken to Adam and Eve to not eat from the Tree of Knowledge.

Depending on how you slice it, the oldest law in the world must be left somewhat up to the observer.

Did we miss one? Let us know below!

2019-07-07
Previous Post: The Ultimate Guide To Working With a Public Defender
Next Post: Do I Have to Answer The Front Door if a Police Officer Knocks?