Teens and Distracted Driving: How to Prevent Crashes

By: Anupriya Basu
In: Driving and Traffic Law, Legal Blog 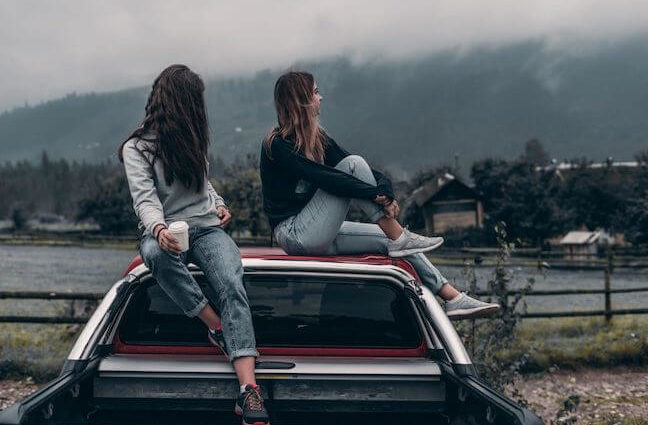 There’s nothing more exciting and liberating for teenagers than a license to drive. But with this newfound freedom, teen drivers can get pretty irresponsible while driving, especially when accompanied by their risk-taking friends.

Though parents feel proud when their children can drive to school or for soccer practice by themselves, it does make them slightly jittery as they are aware of the risks involved with teen drivers.

The reason for these crashes isn’t just inexperience among young drivers — distractions contribute significantly to teenage fatalities on the road. That’s why it’s important to ensure teen driver safety when they get behind the wheel for the first time.

In moderate to severe crashes among drivers aged between 16 and 19, a distraction caused around 58 percent of the accidents according to an analysis of video footage taken six seconds before these accidents by the AAA Foundation for Traffic Safety.

When we think about distracted driving, the first thing that comes to our mind is the use of cell phones. Though cell phone use is a major cause of concern for law enforcement officers, chatting with co-passengers or listening to blaring music can equally distract young drivers while driving.

Let’s talk about what activities can distract teen drivers and how these have impacted their safety.

This takes the cake, undoubtedly. Despite stringent laws around cell phone use while driving, young drivers can’t take their hands off their phones. With the proliferation of social media apps, the situation is getting worse as laws around browsing are vague in most states and it’s difficult to prove driver distraction.

In the analysis of drivers’ video footage by AAA Foundation, it was found that drivers weren’t looking at the road for almost 4.1 seconds during the six seconds leading to a crash. Moreover, in rear-end accidents, young drivers using cell phones weren’t able to react more than 50 percent of the time and hit a car without braking/steering.

Despite these horrific stats, almost 40 percent of high school students used their phones for texting or emailing while driving in the past 30 days according to a survey in 2017.

Though talking to co-passengers will not make a police officer pull you over, it’s still quite distracting for young drivers. Interacting with one or more passengers leads to more crashes among young drivers than cell phone use while driving.

The risk of accident doubles when teen drivers drive with one friend and triples when more than two teen passengers join in the ride. In fact, male teen drivers are six times more likely to engage in an illegal maneuver when accompanied by peer passengers.

Distractions can occur because of paying attention to something inside your vehicle such as changing a radio station, eating, grooming, or thinking about something — all these activities can take your mind or eyes off driving, and can be dangerous.

Though not as common, looking at something inside the car also leads to 11 percent of the teen driving accidents.

Distracted driving laws for teens include a lot of restrictions compared to what adults are subject to.

Though there are many states where young drivers can use cell phones for calling while driving, texting is banned almost everywhere.

Apart from restrictions on cell phone use while driving, teen drivers also have to follow Graduated Driver Licensing (GDL) provisions in which new drivers are required to learn driving in phases to get full driving privileges.

To make sure young drivers don’t get distracted while driving, there are passenger restrictions in 46 states and Washington D.C. in the intermediate stage under GDL.

In fact, drivers younger than 21 without a full license are required to display a decal on their car indicating that they’re new drivers.

Despite these laws, around 38 percent of the teen drivers text while driving according to a recent study.

What Kind Of People Are Most Likely To Get Distracted While Driving?

Interestingly, researchers from the University of Alabama worked with Pennsylvania State University to uncover personality types who are more prone to getting distracted. For the purpose of this study, 48 licensed teen drivers between the age of 16 and 19 were recruited who were surveyed on their cell phone use patterns during driving. These teens were also asked to take the Big Five personality test.

As per this test, personality types are divided into five main areas:

After this survey, it was found that teens who are open by nature are more engaged in texting while driving than any other group. Extroverts tend to talk more with their peers than text on the phone.

Agreeable personality types rarely used their phones for texting or calling while driving, the least among all the groups. The conscientious ones are as likely as their open peers to use their cell phones while driving.

How To Prevent Accidents Among Young Drivers

We’ve heard this a thousand times–parents play the most significant role in establishing the habit of safe driving among their children. But you will be surprised at how often parents miss talking about road safety with their kids.

Since parents expect their kids to drive safely, they might actually just emphasize only following the driving rules.

However, it’s equally important to ask them to focus their eyes on the road, especially when they’re beginning to drive for the first time.

The Bottom Line On Teens and Distracted Driving

It doesn’t only lead to accidents or violations but can also add points to your driving record, which will raise your insurance rates for a long time.