The Impact of Phone Use While Driving 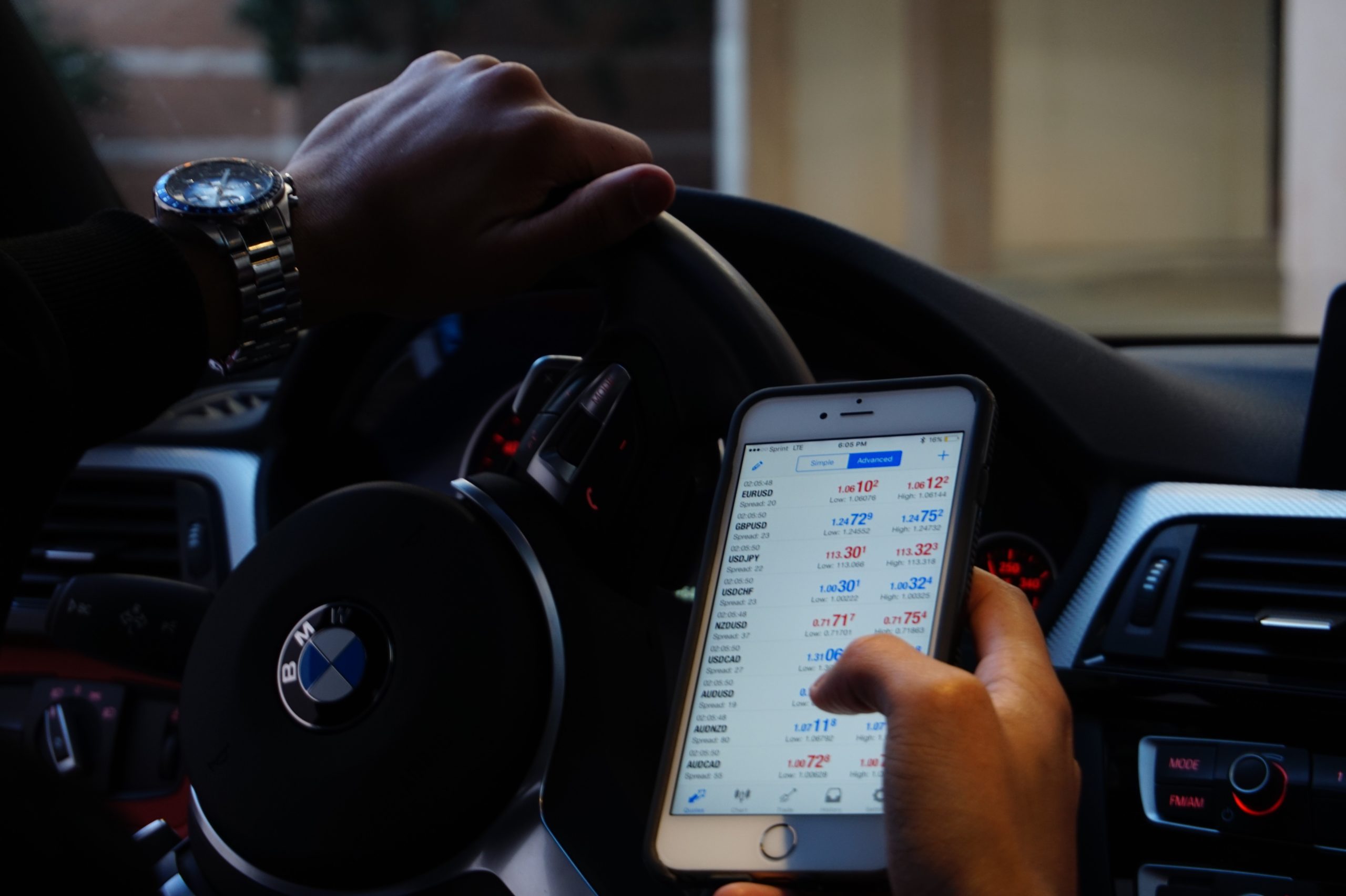 As I was driving one day, I noticed a car swerving to the adjacent lane every now and then.

For a couple of seconds, it was driving between two lanes before getting back to my lane.

Irritated and a little surprised by this driving pattern, I decided to move ahead of the car. I also wanted to make sure if everything was alright with the driver.

What I saw while taking over that car was infuriating – the driver was texting or browsing social media most probably.

Thankfully, it wasn’t a crowded highway, else you can imagine the consequences. With the proliferation of social media and widespread availability of phones, this kind of behavior is commonplace nowadays, and one of the top reasons drivers get pulled over by police officers.

So, how does phone use impact brain activity and road safety while driving?

Because of the dangers associated with cell phone usage, distracted driving laws were introduced to ban texting and calling while driving one state after another.

In our last post, you read about how distracted driving laws have evolved over the years. These started with banning drivers from talking on phones and moved to prohibiting people from texting and browsing while they are behind the wheels.

Though the history of driving laws can be traced back to the beginning of the 19th century, cell phone usage laws are comparatively recent.

Why Do People use their Cell Phone while Driving?

Most people like to believe that they can multitask and while that may be true when you’re working in an office or your home, it doesn’t hold true for managing multiple tasks at the time of driving.

Forget using a cell phone, some states now even ban putting makeup or drinking coffee, because these activities take your eyes off the road.

In a study conducted by State Farm, more than 50 percent of the respondents who own a smartphone said that they use cell phones while driving. Their reasons ranged from using it out of habit, the need to stay connected, improving efficiency, browsing the web, and an urge to share activities online.

Cell Phone Usage while Driving vs Driving Under the Influence

Law enforcement officers in most of the states are quite stringent about driving under the influence of alcohol or other substances. DUI not only risks your life but also puts others in grave danger.

If you’re thinking why are we discussing DUI because obviously it’s a lot more dangerous, you might be surprised to know that talking or texting can be as distracting as driving drunk.

In fact, in a study published by the University of Colorado Police Department and Emergency Management, cell phone usage is more fatal than driving while intoxicated.

The chances of an impaired driver getting involved in an accident are 11 times more than in normal conditions while a driver who’s talking or texting on the phone is 23 times more likely to meet with an accident.

It’s hard to believe, but using your cellphone while driving is statistically more dangerous than driving under the influence of alcohol. And you might end up having to represent yourself in court in order to keep your legal fees low in the event of an accident.

Recent Studies on the Use of Cell Phone while Driving

In the 2019 Travelers Risk Index, it was found that 44 percent of the drivers text or send emails while driving and 77 percent make calls.

What’s more annoying is that 23 percent of these respondents said that they use social media and 22 percent of drivers even take photos or record videos.

Because of this increasingly dangerous behavior, 31 percent of the drivers revealed that they barely missed an accident and 9 percent of them actually met with one.

And, if you’re thinking that these people are callous, another study revealed that people are aware of the fact that cellphone use while driving is dangerous.

As per the AAA Traffic Safety Culture Index, almost 96.8 percent of drivers think that sending texts or emails while driving can have serious consequences.

These stats are more alarming when underage drivers engage in distracted driving behavior.

In the 2016 Youth Risk Behavior Surveillance Survey, around 41.5 percent of high-school students said that they texted or emailed while driving.

Using a hands-free device for talking while driving is still legal in most of the states and is widely considered safe.

However, there have been studies that proved the contrary.

In a research led by the University of Utah, drivers were found to be 18 percent slower in braking while talking on a hands-free device.

The National Highway Traffic Safety Administration also found that motorists have to redial close to 40 percent of the calls when they’re using a hands-free device. So hands-free may look safer, but it comes with its own challenges.

How Does Using a Cellphone Contribute to Dangerous Driving?

When you’re choosing to use a cell phone for texting or calling, there are two things that happen which can distract you:

Any app you open on your phone–whether it’s your contact book, Whatsapp, or Facebook, requires quite a bit of scrolling and can easily distract you. And then there’s the conversation itself that you engage yourself in–simulations have shown that it can completely ruin your level of concentration and negatively impact your reaction time.

In some reports of the National Safety Council that were based on simulated tests, it was found that some drivers were so engrossed with their cellphone that they missed a couple of traffic signals.

This same study also assessed the impact of conversations on the phone versus other listening activities such as radio or news. It was found that the degree of distraction is dependent on how engaging the conversation is.

According to the National Highway Traffic Safety Administration, the major reason behind 65 percent of near-crashes and 80 percent of the accidents is some form of distraction, with cell phone usage being one of the most common reasons.

In another interesting survey of 500 drivers in Texas by the Journal of Modern Transportation, it was found that drivers do not explicitly know the impact of cell phone use on safety. Other findings from this survey are as follows:

Distracted driving has long been a cause of worry among legislators and law enforcement officers in America. Cell phone usage has received special criticism from every corner because of the lack of responsibility on the part of drivers. Indeed, using a cell phone while driving could very well land you in jail, and if you don’t have the means to defend yourself with a private attorney, you could end up with a public defender.

Even if there isn’t enough data to prove the impact of cell phone use on accidents or fatal crashes, surveys and studies have proven that it does distract drivers and can cause accidents.

Check out the first post on the history of cell phone usage laws.

2019-12-02
Previous Post: Do you know why I pulled you over? [3 Reasons Why They Ask]
Next Post: Can Police Officers Ask Random Questions During Traffic Stops?