Do you know why I pulled you over? The Famous Question Explained

By: Douglas Dedrick
In: Legal Informaion 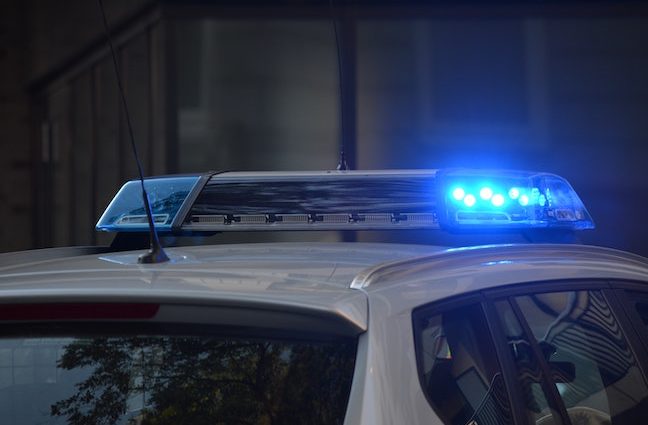 In this article you will find 3 reasons police always ask:

“Do you know why I pulled you over?”

The questions remain, why do police ask this question?

And, how should you respond when you are asked?

The Question Asked At Every Traffic Stop

It’s true, and it’s not just in the movies either. The question is asked all the time by police who pull over a car. But why do they always ask…

“Do you know why I pulled you over today?”

Well there are actually a few reasons that the question is asked at a traffic stop. Whether you were unsafely driving a motorcycle, or you believe you were driving perfectly.

You should know why police officers ask the question.

Reason 1: To Establish a Conversation

One of the first, and perhaps most obvious reasons that police officers ask the question is to begin the conversation.

How else do would they begin the conversation?

Unfortunately, traffic stops are a serious concern for police officers. If they just came up and asked “How are you doing today?” instead. It would be misleading.

Whereas “Do you Know why I stopped you today?” is very straight forward and to the point.

According to Sam Shallenberger, Reserve Police Sergeant these are a few of the benefits of asking:

Reason 2: To Evaluate Your Personality

Police officers are constantly evaluating scene safety, and asking the question, helps them evaluate your character.

Here’s the deal, your response to “Do you know why I pulled you over?” says a lot about you.

It’s no secret that police officers have to use any available resource to gauge their scene safety.

One of the few things that they have access to before they know who you are is your behavior.

Get this, when you are walking up to a strange vehicle, social ques and body language are all you have. Especially when you don’t know who is actually in the vehicle.

Determine Your Level of Self-Responsibility

According to some police officers, it helps to determine your level of self-responsibility. Depending on your response, an officer may or may not decide to issue a ticket.

According to Scott Harris a Deputy since 2009:

I like Scott’s response as it show the thinking behind an officers actions at a traffic stop.

“It is easy to be upset with the officer, but when you consider that the officer is trying to do what is best for everyone. It can make the situation less stressful. “

Get this, at least as far as Deputy Scott explains it, sometimes accepting responsibility will keep you out of trouble. But don’t jump to conclusions before reading to the end.

Although traffic laws are different than criminal offenses. Officers may find that you admit to crimes or other offenses they weren’t aware of.

Furthermore, if you admit to knowing why you were pulled over it will be difficult to deny it latter should you want to deny the matter in court.

Most people are honest. Opening with this question may result in you admitting to a crime or traffic offense the officer didn’t know about when he pulled you over.

Always be aware, that any answer used can be used against you in court.

So What is the Best Response?

Whether you were using a cellphone while driving or simply speeding, you want to know how to respond to the police officer when you are asked.

Look, there is no definite answer.

Each situation will be unique to your own situation. Sometimes being honest can get you out of a ticket by showing self-responsibility. Sometimes it can result in a solid case against you.

One thing is for sure: Answering the question with “I don’t know” may be the worst response you can make.

Angel Lewis a former Probation Officer tells us this:

This is crazy, but answering the question with “I don’t know” can show carelessness, or that you simply were not paying attention while driving.

Avoid answering with “I don’t know.” The only answer that may be worse is “It depends on how long you were following me”.

Assume That You Know

You may think you know why the officer pulled you over. And maybe you do. No matter how you answer you can only assume.

If you happen to be right the officer may see it as a sign that you are self-aware. Perhaps it will get you out of the ticket. On the other hand you may have no idea why they actually pulled you over.

If that is the case you may be adding to your trouble.

Know That You Don’t Know

The truth is that you don’t know why you were pulled over.

“Although it may be hard not to tell the officer why you think you were pulled over, you don’t have to. “

You may have a good idea about why the officer stopped you, but We have all heard the question before.

The truth is you can not know what the officer is thinking.

In court assuming what someone is thinking is called speculation, and will not pass for evidence.

So, if you are asked do you know why you were pulled over, the truth is no. You can’t know.

Is the Approach Outdated?

According to some police officers, starting out a stop by asking “do you know why I pulled you over?” is not the best technique.

For instance Mike Gordon a retired city police officer had this to say to the question “Why do police ask “do you know why I pulled you over” during traffic stops”:

James Powell, a law enforcement with 24 years of experience had this response to the question:

So obviously, not all police officers start a traffic stop with the question. Yet it is certainly something to be prepared for if you are pulled over at a traffic stop.

It’s true, not all traffic stops are the same, but preparation for any situation is key.

If you want to read more about this question, check out this forum.

Obviously the best way to handle the situation is to not get pulled over to begin with, but if you are pulled over. You want to be as prepared.

Here are some of our listings: