Home Insurance in the Aftermath of California Wildfires

By: Douglas Dedrick
In: Legal News 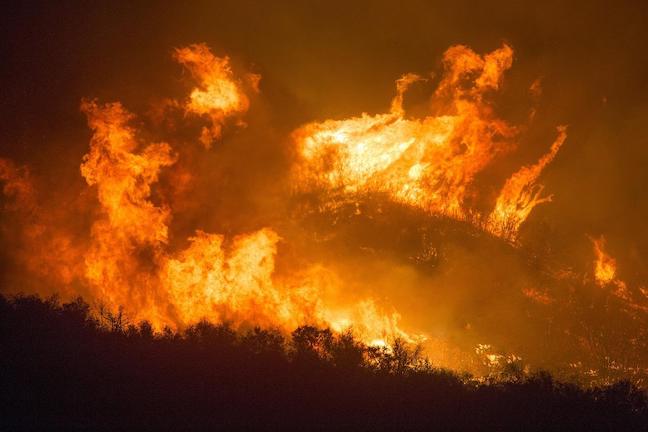 Some of the worst wildfires on record have occurred in the last decade, especially in California. The Mendocino Complex Fire was the biggest in state history, burning 459,123 acres according to the Insurance Information Institute.

The Camp fire killed 88 people, with damages totaling between $1 billion and $1.5 billion in dollars. As the continued effects of climate change increase the risk of catastrophic fires, homeowners and insurers are scrambling to keep with damages past, current, and impending.

For many insurance companies, that means pulling out of the riskiest areas. This leaves homeowners (some of whom have been customers for decades) with none of the usual types of home insurance other than pricey, low-coverage state programs like the California FAIR Plan.

In mid-August, California’s Department of Insurance issued a report showing the increase. From 2017 to 2018, homeowners living in the ZIP codes most affected by wildfires saw a 10% increase in the chance of being dropped by their insurance companies.

Whether that pullback is temporary or permanent depends on what the state does next, Rex Frazier, president of the Personal Insurance Federation of California, told the New York Times.

A Dangerous Feedback Loop for Homeowners

With these increasing rates of dropped policies, alongside a drastic rise in premium costs and many homeowners facing policies on non-renewal, a crisis is impending.

Many homeowners fear a catastrophic domino effect. Inability to find insurance makes selling your house far more difficult. This is because it’s impossible for potential buyers to get a mortgage without homeowners insurance. This all culminates in increased property taxes and difficulty refinancing properties, causing financial anxiety across Northern California.

Homeowners feel they are being held hostage, legally obligated to obtain insurance but denied reasonable options. Rates are increasing sporadically across California, from hundreds to thousands of dollars per year according to some residents. In some cases, the rate increases have been upwards of $60,000 per year.

And as wildfires are not predicted to decrease anytime soon, future damage and higher premiums can only be expected to rise.

Many homeowners have been left wondering how this is legal. Nancy Kincaid, a spokeswoman with the California Department of Insurance, reports that insurance companies are required to submit a rate filing documenting losses experienced and expected payout. But with so much record-breaking damage, these cost increases are within most legal standards.

California has more laws to protect insurance policyholders than any other state in the country. They also tend to have some of the most forward thinking policies from environmentalism to bail reform. However, a great deal of this insurer backout is legal, even with California’s “good faith” insurance laws on the books.

As companies release their public statements, they often downplay the full scale of policy changes.

A spokesman for CSAA Insurance Group said in an email, “After careful review of our exposure in Northern California, we are non-renewing only a very small percentage of insurance policies with the highest risk.”

Farmers Insurance said in another email correspondence that, “We have begun an initiative to reduce our wildfire exposure in the state. Customers who experienced a loss in the recent Camp, Woolsey and Hill fires will not be impacted by this initiative.”

They fail to mention the state law prohibiting insurers from dropping customers who suffered a total loss caused by a declared disaster for a set time.

Beginning this year, the state introduced another new law to protect the homeowners living in or near a disaster area who suffered a loss. The legislation prevents insurers from non-renewing any residential policy in a ZIP code within or adjacent to the fire perimeter. This stays in effect for one year after a disaster is declared.

Looking Forward When the Soot Settles

With so much in flux, non-profits, consumer advocates and government organizations are all looking for solutions to this growing issue for California homeowners and insurance providers.

Consumer Watchdog sent the California Insurance Commissioner an open letter on August 27th, asking the commissioner to put an end to what they describe as “excessive rate hikes” for homeowners who “do everything right” so they don’t “lose their insurance altogether.”

The letter also lists several actionable steps Mr. Lara and the state insurance commission could take. One of them suggests a more transparent model of how insurance companies prove rate hikes are approved.

Mr. Court asks that “black box” risk models based on algorithms be made available to the public and proven in line with Proposition 103, which requires projections to be justified before changing prices.

It also requests Mr. Lara require guaranteed coverage for homeowners who invest in fireproofing their homes, along with offering further discounts for these practices.

Mr. Lara has been criticized in the past for accepting campaign donations from the insurance industry, and as Mr. Court told the New York Times, he hopes the commissioner will adopt a tougher stance toward insurance companies.

“Things will get worse unless the insurance commissioner cracks down,” he said.

Mr. Court also commended the commissioner on steps to boost transparency about non-renewals and pushing the creation of a statewide standard for home-hardening. Home-hardening makes a house less vulnerable to fire damage. The commissioner also forced insurers to renew or write coverage for homeowners or communities that meet that standard of home-hardening.

Homeowners, Mr. Lara, and other experts agree that not building in places where homes are likely to burn in the first place should be part of the equation.

For now, Mr. Court and other officials point to the state-backed California FAIR Plan program, which provides a safety net for homeowners dropped or rejected by private insurers. However, the FAIR plan is usually more expensive and offers less comprehensive coverage.

What’s more, with so many homeowners flocking to FAIR, prices are rising. As of April, The Fair Plan sold 33,898 policies in brush/wildland areas in 2017, a 25% increase from the prior year.

Tammy Schwartz, vice president for underwriting and operations, reported that in some counties at very high risk of wildfires, they’re running 300% ahead for 2018.

On April 1st, The Fair Plan raised its premiums by 20% on average. However, homeowners in the lowest wildfire risk zones will receive a 10-30% rate cut. If you are in the highest risk areas, increases may be as high as 69%.

In the months and years ahead, California insurers and homeowners face a great deal of uncertainty. Lower-income families in high wildfire risk zones are especially at risk, as insurance may be (or already is) too expensive to purchase.

All the while, development continues throughout Northern California.

Have something to add? Comment below. If you’d like to read more about legal news, legal advice, or the history of laws, be sure to check out our archives. If you have any questions or concerns, feel free to contact us here.

Author Bio: Kalev Rudolph is a writer, researcher, and editor for ExpertInsuranceReviews.com. Kalev’s work focuses on auto and home insurance, travel, and lifestyle.