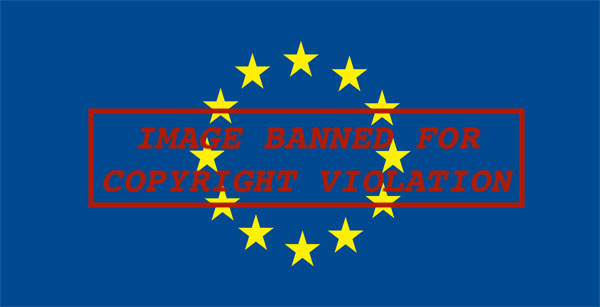 Though internet censorship has been growing exponentially, especially over the last two years, it has been largely limited to a few sites.

But that is about to change…

The nine most terrifying words in the English language are, “I’m from the government, and I’m here to help.”

So, whats the problem? Let me explain.

How Copyright Violations are Now Handled

Currently, site guidelines and copyright issues are mostly handled by flagging. Content is either flagged by the general community, bots, or in the case of copyright infringement, the injured party.

Though this  “flagging system” certainly has flaws, ie targeted harassment, or missed copyright violations, it generally allows for a relatively open and free discussion.

How Copyrights Will be Enforced If the Bill Passes

If Article 13 passes the current flagging system will become secondary.

This is due to the fact, that the proposed article will force sites to review content before it is ever uploaded to avoid being sued for copyright. Instead of being able to load a video directly to Youtube, it will need to be reviewed first for copyright issues.

Obviously, this will slow down the process of uploading content. But it gets worse. If the site is unsure whether or not a piece of the content is in violation, they will likley air on the safe side and reject questionable content.

And because copyright laws aren’t exactly black and white, this could mean a lot of videos, will never be seen. For example reaction videos and commentary on other videos may likley be outright banned.

But it gets worse still….

Since it formed in 1999, the European Union has been grasping for power. The EU was introduced to be a government over top of 28 nations, none of which voted for the system to be put in place. It is part of an attempt to form larger global governments.

Global governments can only grow, if no one talks about them, or sees their tricks. Article 13 is an attempt to create a tool for massive censorship. Once it is put in place and content hosting platforms are sufficiently intimidated by its authority,  it can grow its control.

For example, meme’s are a powerful political tool. In fact, it is widely believed that much of the 2016 election result was based on memes.

In fact I was shocked to see that even Wired magazine called Article 13 “The EU’s Meme Ban“.

Article 13 a Ban on Memes

So how exactly is Article 13 a ban on memes? Quite simple.

Meme’s are based on popular images in which text or images can be rearranged to spread a message.

As you can see the meme above is based on an image from the Lord of the Rings Trilogy. Is it a copyright infringement? As I said the law isn’t black and white. Would JR Tolkien sue me for posting it?

Not likely, but would he sue Instagram for letting 100,000’s of users post it, well it may be worth his time then. Therefore popular sites may simply opt out of allowing memes. Especially since the EU could simply pay individuals to sue for copyright infringments, and whether they are actually or not, content hosting sites aren’t likely to stand up on your behalf.

Once Article 13 is firmly in place, and the EU has threatened the content hosting sites with enough lawsuits, it can grow its censorship quickly.  In the UK, for example, there are already laws against “hate speech”. What exactly hate speech is can never be solidly discovered, because it’s an opinionated term.

For example, the EU could quickly ban any content it deems as hate speech through the same methods it has caused companies to control copyrighted content. If the EU deems talking about borders or being proud of being French or German as hate speech, well it can simply intimidate the content host sites with the same tools used to stop proposed copyright violations.

Global governments are seizing power worldwide, and censorship is one of their most powerful tools. Always be wary when a government appears to be doing good, and dig a little deeper.  Article 13 is only the surface.

The Road To Hell is Paved With Good Intentions